They witnessed a historical event that set a new course for decades to come. For months, they listened to vivid accounts of the most painful and gruesome crimes ever, face-to-face with the impassive perpetrators.

On November 20, 1945, the trial began. Chief US Prosecutor, Robert H. Jackson, stated: «That four great nations, flushed with victory and stung with injury stay the hand of vengeance and voluntarily submit their captive enemies to the judgment of the law is one of the most significant tributes that Power has ever paid to Reason.» (The National WWII Museum, 2020) (1)

On October 1, 1946, the International Military Tribunal formed by representatives of the United States of America, Russia, England and France announced the verdict against the Nazi leaders accused of «war crimes». At the end of the trial, twelve of the defendants were sentenced to death by hanging. Eleven were executed. Göring committed suicide before he could be executed.

The Act of Seeing with One’s Own Eyes

The British Council invited Argentinian writer Victoria Ocampo to attend two hearings at Nuremberg, the only Argentinian to attend the trials (La Nación Revista, 2021) (2). In the form of letters to her sisters, she described her deep impressions of the Nuremberg trials: «After lunch (which I did not eat), we entered the courtroom. On one side, the defendants, in two rows… Across from us, the judges; in the middle, the one who is testifying and the one who does the questioning (defence attorney)». Ocampo shared her views on the functioning of the Court and the city: «Nuremberg is in ruins. They say there are still 70,000 people under the rubble. The food, horrendous. Nuremberg is an American Zone. At the table of American soldiers, I think there was an apple too…» (Belluci, 2020) (3)

An Army of Interpreters

The trials were conducted in English, French, Russian and German, requiring technology to carry out multilingual simultaneous interpreting, which came of age in Nuremberg. American Colonel Leon Dostert - who had worked as Eisenhower’s interpreter - succeeded in putting together a system based on a piece of IBM equipment designed by Edward Filene and Gordon-Finlay, known as the Filene-Finlay Hush-A-Phone System. (AIIC) (4)

At Nuremberg, there was a team of six interpreters, twelve translators and nine stenographers for each language. A group of auxiliary translators was on standby for other language combinations, e.g., Polish and Yiddish. The typing speed was 60 words per minute. If the speaker were going too fast, a yellow light would appear on the monitor. The red light indicated that the speaker had to stop and repeat what he had said. (American Experience) (5)

Women accounted for 20% of the total number of interpreters at the trials, especially among Russian speakers. Tatjana Stupnikova was summoned, almost without warning, to take part in this historical event. Aware of the importance of the mission, Stupnikova recounts in her memoirs: «On a windy, cold evening in January 1946, General Serov, Deputy People’s Commissar of the NKVD, serving under Beria as one of his primary lieutenants, ordered me, an interpreter at the headquarters of the Soviet Military Administration in Germany (SVAG), to come to his office. <...> The audience was brief: ‘I have been informed that you are capable of simultaneous interpretation...’. I was silent because I had no idea what the term ‘simultaneous interpretation’ meant. At that time, there was only translation and interpretation for me. <...>The search for interpreters was entrusted to... the NKVD-KGB, which had to carry out the task almost overnight. The perfectly trained officers of... this agency in 24 or (I do not know exactly) even 12 hours completed the task and brought part of the Soviet translators to Nuremberg, just before the opening of the trials. <...> I was in the second group, which arrived in January 1946. However, the haste here wasn’t much lower – it was obvious that there weren’t enough interpreters in the first group. And one more thing: I could finally go home in January 1947, not in a month, as the general had promised me». (Kalashnikova) (6)

The world’s press had its eyes on Nuremberg and its exemplary justice. According to Lewis (2012) (7), «Daily Herald» correspondent Maurice Fagence described In the first person the sentences one by one: «When Göring came into the room to hear the sentence - he was the first - he played-acted in the most terrible few minutes of his life. Maybe he meant to show the judges how superhumanly uninterested he was in anything they did with him». The chronicle recounted when the judge was about to read the sentence, and the defendant interrupted him by claiming that the earpieces were not working. After several attempts to make them work and replacing the equipment, he had no choice but to hear the words «condemned to death by hanging». «Göring, the man who ordered the London bombings and who now himself had to die, flashed a look of contempt on the Court, turned ponderously on his heels and walked through the panel. The guards maintain that never, as long as they listened, did they fail to work,» the reporter explained. (Lewis, 2012)

As the sentences were read, one by one, the defendants presented a different attitude. And the words were always shocking: «Of the first five sentences, four were death. Murmurs were breaking the silence of the Court,» Fagence described. Next came Rudolf Hess, who «with a fierce slap of his hand rejected the headphones held out to him and faced the stand, legs stiffly apart, hands folded. Imprisonment for life. He licked his lips and walked out almost marking the step, noisily with the boots he wore when he parachuted down in Scotland,» recalled the observer. So they paraded, from the philosopher Alfred Rosenberg, who on hearing the condemnation «shook as if he did not expect it, staggered slightly, and went out with his head down.» The Jew-hunter Streicher «throws his headphones on the table noisily, and walks out, in a kind of outburst of indignation.» Until finally, «sentence is passed against an empty bench: it is that of Martin Bormann, sentenced to death in absentia.» Two other leaders who had fled were Adolf Eichmann and Joseph Mengele. Unfortunately, the main perpetrators of the Holocaust, Adolf Hitler, Joseph Goebbels, Heinrich Himmler and Reinhard Heydrich, were dead. (Lewis, 2012).

Out of some 4,850 requests for individual prosecutions, 611 persons were finally indicted at Nuremberg. Among the prominent figures, the Court handed down 12 death sentences. Simultaneously, interpreters had to translate the sentences into the four languages: «To death by hanging» (English), «Tod durch den strang» (German), «Kazn cherez poveschenie» (Russian) and «Condamné à la pendaison» (French). (Gavaldá, 2019) (8)

Thanks to simultaneous interpreting, the Nuremberg witnesses listened, each on in their language, to the most incredible accounts and the most exemplary convictions to set the standards of justice and defence of human rights back on track after one of the most atrocious crimes in history. 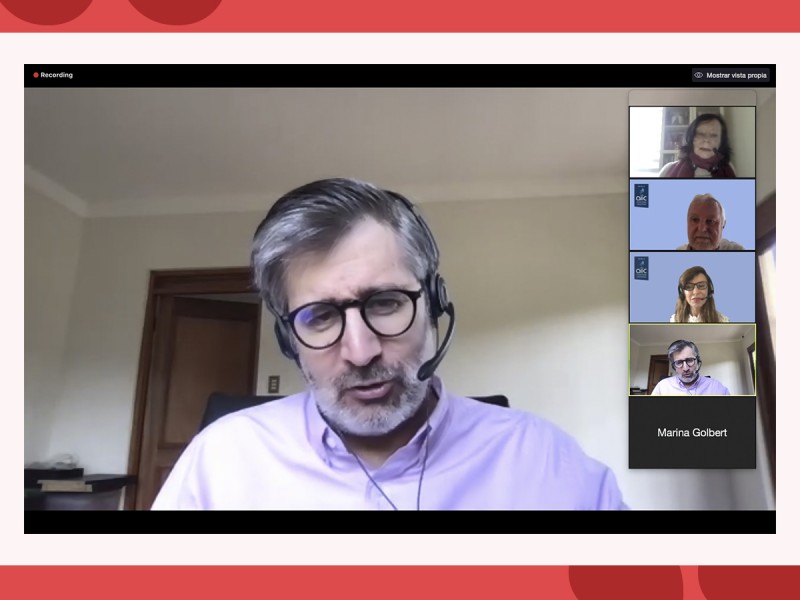 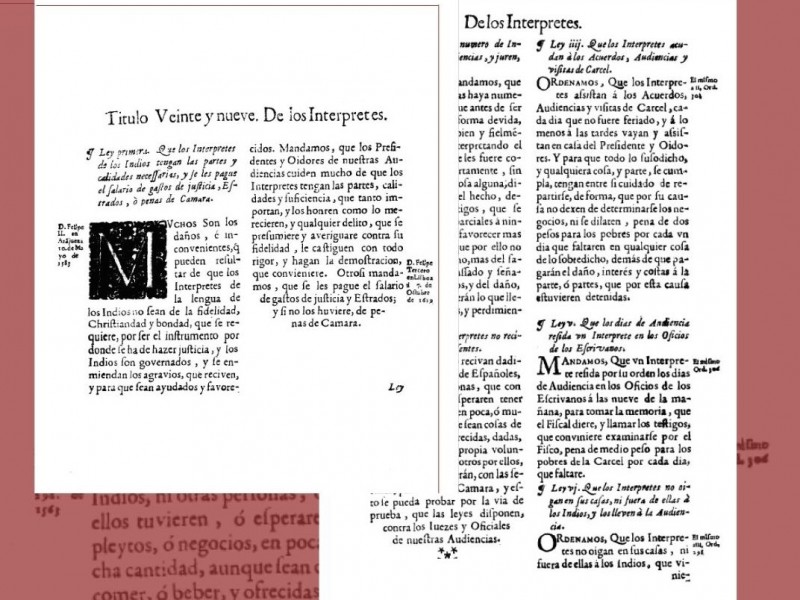 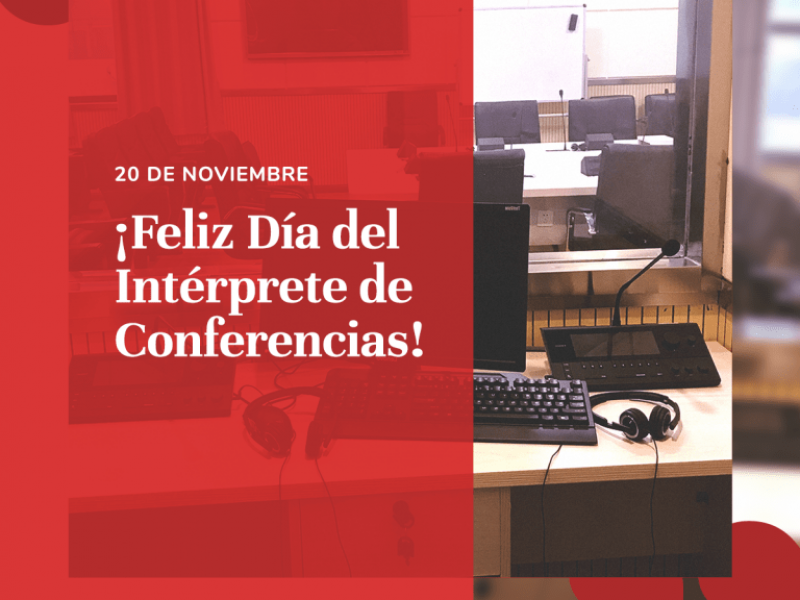